Scrap the buzzwords, anticipate and engage

Do you ever get tired of buzzwords – or of communication and marketing professionals who claim to have the next big idea, only to find that what they have to sell you is more cute and clever than serious?

As Bob Dylan wrote in “Brownsville Girl”: “…people don’t do what they believe in, they just do what’s most convenient, then they repent.”
In the whir of a world where the pace of change will never get slower, we hear people throw around words like “block chain,” “artificial intelligence” and “disruptive marketing” as if they are magic elixirs that will open our eyes to a new future. The reality is that by being close to our clients and understanding the marketplace we can encourage what may be the two most important acts in the communication field today: anticipating and engaging.

That is why I was heartened to see research from W. Chan Kim and Renée Mauborgne, professors of strategy at INSEAD, recently released by the MIT Sloan Management Review. In their article, “Nondisruptive Creation: Rethinking Innovation and Growth,” they make the point that innovations such as microfinance, life coaching, Post-it notes, health clubs, environmental consulting, online dating, crowdfunding, and smartphone accessories are not the result of disruption. In each case, market expansion occurred without destroying existing businesses.
They suggest non-disruptive creation may actually hold more promise for businesses than finding that disruptive needle in a mountain of haystacks. Non-disruptive creation addresses a burning or overlooked issue that once identified requires an understanding of why current businesses in the space have not dealt with it and then applying technologies, methods or platforms to deliver the creative idea.

By this definition, many of the best public relations and marketing ideas of recent memory are the result of anticipation and engagement relating to the needs and motivations of consumers. A corollary of this is that some of the worst mistakes in communication have been due to the absence of anticipation and engagement. Unilever, under the leadership of CEO Paul Polman and CMO Keith Weed, anticipated a shift among consumers, particularly millennial and Gen Z consumers, to embrace purpose and sustainability. Connecting with these audiences in fresh ways across new platforms and channels (for instance, deploying online videos that went viral) allowed the Dove© brand to shift its image from a personal care also-ran to a leading brand that nurtures self-esteem and embraces a conversation around real beauty. Two other brands, purchased by Unilever, Ben & Jerry’s ice cream and Seventh Generation laundry detergent and soaps, have extended their purpose-driven businesses to broader audiences and underscored that commitment with more focused sustainable sourcing that has enhanced the value of these brands among young adult consumers – with much of the enhanced sustainability efforts and the storytelling enhanced by technology.

United Airlines’ reputation, on the other hand, suffered severely by the absence of anticipation and engagement with regard to two consumer interactions in 2017 and 2018. In the first instance, Dr. David Dao, a ticketed passenger, was violently dragged off Flight 3411. Neither United’s boarding procedures nor its on-plane training provided it with the know-how and muscle memory to handle the situation appropriately. Indeed, management’s first communication – rather than being empathetic to its customers – was a defense of its employees. In the second instance, the Robledo family was told that the bag on the floor between two of them on Flight 1284 needed to go in the overhead compartment. Listening to the authority of the flight attendant, the family complied only to find at the end of the flight that their 10-month old pet French bulldog Kokito who was in the bag had suffocated to death. Better cultural awareness (engagement) and cabin preparedness (anticipation) likely would have prevented this from happening.

Among the communication opportunities that seem ripe for non-disruptive innovation through anticipation and engagement are:

• Reputation management – Thanks to the ability to process observations and data more efficiently we now know more about what works – and what does not – in the midst of human interaction and particularly in crisis. This is leading to more sophisticated and online issues management tools and multivariate crises simulations that mimic social media sharing and the rapid-fire, always-on news media environment that more and more companies are experiencing in real-time. There are also opportunities for unique crisis apps and real-time mobile tools, like the SOS Works mobile platform that LLYC uses with its client.

• Digital and behavioral analytics – We live in a world where everything communicates. Some communication firms, consequently, are being asked to forge more than words and create images. Now firms, like Ogilvy, are applying data and behavioral science to help discern the design of products and services as they monitor and explore each step of a consumer’s interaction with a company’s new offering – as well as to breakdown the customer experience in search of improvements.

• Purpose and social positioning – I already mentioned the Unilever experience. Its largest supplier, Cargill (where I served as its chief communications officer for six years), decided that transparency could be its ally and not just a demand of NGOs and civil society. To communicate to its detractors that it was serious about environment sustainability, it uses satellite technology and drones to monitor and collect data on soy farms and palm plantations it does business with and shares that data directly with environmental NGOs. Other companies are smartly using state-of-the-art consumer research to discern whether an organization is advantaged by taking specific social or political stands.

• Digital storytelling – Research from marketing professors Jennifer Aaker at Stanford University and at the University of Pennsylvania’s Wharton School Deborah Small not only underscore the power of effective storytelling, but demonstrate that while logic can be a deal closer, much of decision-making is driven by emotion as companies and organizations attempt to connect and persuade an audience. We are now on the frontier of better understanding some of those triggers for specific circumstances.

• Influencers and micro-influencers – While controversies continue to emerge in the marketing world about the use of paid reviewers and influencers, what is clear is that many of us listen to certain types of endorsers and experts. By tracking millions of mentions and interactions, we are now moving beyond the mere celebrity of top influencers and beginning to better understand the relatability of certain individuals and how others come to trust them and further how that relates to purchase behavior.

• Culturally relevant communications – In many advanced economies across the globe, populations are much more ethnically and racially diverse than they were 50 years ago. That is beginning to have an impact on some social and political decision-making, but has not been fully recognized by public relations and marketing firms. In the U.S., while a little more than one-fourth of the Baby Boomer population is racially and ethnically diverse, roughly 50% of the students in U.S. undergraduate colleges and high schools are racially and ethnically diverse. Firms and companies that better understand how to communicate with these audiences across multiple platforms in a culturally relevant way are likely to be the economic winners of the next decade.

“There are many more opportunities in the non-disruptive space, where overlooked solutions abound, that will help our clients anticipate, engage and ultimately win the marketplace”

Excellent communication that anticipates and engages are plentiful across multiple practice areas and coexist simultaneously in some cases. Take the healthcare industry. CVS repositioned itself as CVS Health and stopped selling tobacco products to become a health-first company. While this seem wrong-headed to some as this led to an initial hit to sales, the result has been a stronger reputation that has paved the way for its merger with health insurer Aetna. The business combination promises to better align pharmacy and health benefits in ways that can reduce costs and improve patient outcomes.

At the end of the day, my case is not that we should forget about communication ideas that can disrupt the marketplace as Jean-Marie Dru (chair of the global advertising agency TBWA) envisioned in the early 1990s when he introduced disruption as a catalyst for creative thinking in advertising. Nor should we turn our back on the opportunities that might spring from the kind of disruptive innovation Harvard professor Clayton Christensen wrote of in the mid-1990s that revolutionized markets with new business models and new products that were often better, faster and cheaper than those they displaced. Ever since, many American marketers and business leaders have been fixated on creating the next disruption. That certainly prompted some creative solutions but it also led to too many chasing cute and clever ideas and transforming “disruption” into more of a buzzword than a solution. What I am suggesting is that there are many more opportunities in the non-disruptive space, where overlooked solutions abound, that will help our clients anticipate, engage and ultimately win the marketplace. 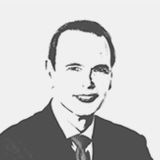 Mike Fernandez
LLYC’s U.S. CEO
For more than 20 years he served as a chief communications officer for a number of large U.S.-based companies, including Cargill, the world’s largest privately company, where he led public relations, marketing, government relations, financial communication, sustainability and served as co-chair of the company’s risk committee. Mike is LLYC’s U.S. CEO and professor in strategic communication at Boston University. [United States]