The Collapse of Hierarchy and the New Diplomacy

Power isn’t what it was – or even where it was. Large institutions such as governments and corporations still wield significant influence, but there is now a very real, well-documented and ongoing shift in power away from states and towards civil society. And if Moises Naim, author of “the End of Power”, is right, the very nature of power is being transformed: power is “decaying…easier to gain, harder to use and easier to lose”.

From where I sit as Director of Communication in the UK’s Foreign and Commonwealth Office, this transformation matters a great deal to how we go about our business. Because power is our business and if power is changing then the fundamentals of diplomacy are changing. Foreign Secretary William Hague described this transformation in a major speech on British Foreign Policy four years ago: “Relations between states are now no longer monopolised by Foreign Secretaries or Prime Ministers. There is now a mass of connections between individuals, civil society, businesses, pressure groups and charitable organisations which are also part of the relations between nations and which are being rapidly accelerated by the internet.” Twitter had been launched only four years earlier. The trends in international affairs that Mr Hague identified have accelerated since.

In this new diplomacy, communication is on the front line

Governments, like big business –and I have worked in both– have entrenched structures and processes designed to promote, protect and interface with hierarchies that are built of centuries of experience of power. The scaffolding of this hierarchy remains largely intact: the Chief Executive and Chairman, the Cabinet Minister and senior functionary, the committees and processes that support them. But behind the scenes something remarkable is going on: these hierarchies are collapsing.

To operate successfully in what William Hague calls the “networked world”, we are having to adapt, to become more agile and responsive, to build new alliances and new networks at every level, not just at the top.

It is an uncomfortable struggle for some who are used to the old power – and that includes most of my pre-internet generation. Traditionally, success was closely associated with command and control. Now networks are king, and to build those networks we need new systems and skills and a new license for diplomats to operate. In this new diplomacy, communication –our core business– is on the front line.

The internet revolution means that the interdependency between societies and politicians is both immediate and intimate. Hashtags can’t change the world on their own, but as #bringbackourgirls has shown, they can drive political action as never before. The new diplomat has to be an excellent and open communicator in the networked world.

So we want our staff to engage in debate and discussion in the networks that matter. That means engaging with our target audiences on their terms – whether Twitter, Facebook, Instagram, Youtube, Buzzfeed (a recent venture for us) or on traditional diplomatic networks. These days the Foreign Office encourages social media use as a core skill and has rules on its use that are both clear and permissive: we must let our staff do their jobs. They don’t often get it wrong, and when they do, we don’t sack them (well, we haven’t yet…), we correct them fairly gently and, as I told our recent annual gathering of ambassadors, encourage them to get on with it.

The Foreign Office encourages social media use as a core skill

The results can be impressive. Just look at the debate inspired by our Ambassador to Lebanon last year here ((http://blogs.fco.gov.uk/tomfletcher/2013/11/21/dear-lebanon-an-open-letter/)). Or how our Embassy in Madrid is using social media to communicate to different audiences: it now operates more than a dozen different social media channels, each targeted on a specific audience, ranging from the 14 million Britons who visit Spain every year, through to British companies who want to sell their goods and services in the region of Catalonia. The British Ambassador Simon Manley runs an active Twitter account, and the Embassy also makes high-quality videos that are promoted through Facebook. Traditional newspaper interviews and opinion articles still have their place, but these days they are just one part of a very wide range of activity to reach highly fragmented audiences.

Government-wide, the UK is transforming its digital offering – bringing services together at www.gov.uk and putting quality user experience first and foremost. The FCO has set up a special unit in my directorate to oversee this digital transformation of our organisation, with dedicated training and support. Digital expertise took centre stage at our leadership conference this year, with ambassadors encouraged to empower their teams and lead by example.

And beyond pure communications, the new diplomacy harnesses the networked world behind campaigns that matter. In June 2014, the UK will host the Global Summit to End Sexual Violence in Conflict (#TimeToAct): this is a wide coalition –a global network– of governments and civil society led by William Hague and UN Special Representative Angelina Jolie and united behind a clear objective: to end rape as a weapon of war.

So we see a huge opportunity to harness the creativity and imagination of all our staff –expanding beyond the traditional hierarchy of ministers and ambassadors– to reach new audiences, build better networks, deliver better services. We’re on our way –and you can find out more here ((http://blogs.fco.gov.uk/digitaldiplomacy/))– but one thing we know: we have constantly to refresh and renew our efforts, such is the pace of change we are dealing with. 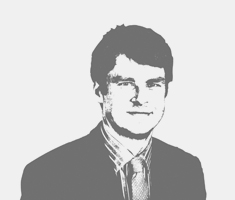