The New Diplomacy – a Swedish view

Gone are the days when ambassadors dedicated their time to negotiating bilateral treaties, writing secret reports to capital and in general led a life far away from the public eye. In those days discretion was the key word and the expression “silent diplomacy” was the best description of the trade.

Today nations are competing for attention. Governments have had to take an interest in the brand name of their country and consultants are making millions from measuring the value of countries’ reputations. Today we all follow international indexes according to various criteria and celebrate when our country is among the top five in innovation, culture, school results etc.

And it has become the job for most ambassadors to lead the promotion of his or her country’s image or “brand name” in the country where they are stationed. For Swedish ambassadors this means that we do not only dedicate ourselves to promoting Swedish exports or investments in Sweden. No, we are also a “communications bureau” for the country of Sweden. This means is that we do not only communicate with the government in the country where we are stationed. Of course, we still talk to our colleagues in the Foreign Ministry, in the Prime Minister’s office or in other ministries about Swedish points of view and try to win Spanish support for Swedish initiatives and ideas.

We are also a “communications bureau” for the country of Sweden.

But we also have to try and win the hearts and minds of the general public and of important lobby groups, organizations, media and opinion makers. This means trying to create an interest in Sweden, in its products and services, in its ideas and policies, in investing in Sweden, in studying in Sweden or to come and work and live in Sweden. What we want to do is create a positive image of our country, create an interest that makes people we want to reach start making a connection with Sweden.

In this endeavor digital diplomacy has become one of the most important instruments.

For the Swedish Foreign Service it was a fairly natural step into the social media. Sweden is a very “connected” country and with our tradition of openness and little hierarchy, the decision to let our Ambassadors and diplomats loose on blogs and Facebook was easy to take. To start with the embassies’ webpages where written in both Swedish and the language of the host country, while Facebook and blogs where primarily in Swedish and directed towards a Swedish public. The idea behind this was to use digital media to reach the Swedish public in order to explain to them and provide a view of the daily life of a Swedish embassy, to give the Swedish taxpayer a possibility to see more in depth what they were getting for their tax money.

Today all Swedish embassies or ambassadors are on Twitter

A great difference was also that through blogs and Facebook, for the first time, proper communication was possible. A person could write comments –critical or positive– or ask questions and the conversation would focus on what people were interested in, not only what the Ministry wanted to convey.

Today all Swedish embassies or ambassadors are on Twitter, our Facebook pages are in several languages, Instagram, Flicker and other digital instruments are used daily to communicate with the countries where we are stationed.

What is then the strategy for the digital communication of an embassy? The aim is to reach as many a possible that we feel are interested in Sweden, that are receptive for Swedish values and policies or that have the possibilities to help us spread our message. Most ambassadors use their Twitter to disseminate good news about Sweden, political decisions that may be of interest, information or articles that we feel are important to spread and sometimes more personal tidbits. From my point of view, I think it is important that although the Twitter account is an official one –I twitter in my function as the Swedish ambassador– it is important to have a personal touch to your communication. It’s important to be personal, but never private.

Part of the gain with the social media, is that you get instant feedback on what you say. We may not be able to convince everyone that follows us that our ideas or positions are the rights ones, but I think everyone respects the fact that you are open about them and are ready to engage in a dialogue on the issues. The fact that our diplomats are out there presenting their thoughts and Swedish policies is a testimony to our strong commitment to transparency and genuine openness to new ideas.

Initiating or participating in campaigns on Twitter, the so called “hash tag campaigns”, is one way of contributing to the international debate on issues of importance to Sweden. Hash tag campaigns may not solve the issues, but it provides a good opportunity to keep issues, which are in line with Swedish policies, on the agenda and in the public eye. Therefore campaigns like #UnitedforUcraine or #BringBackOurGirls are natural for a Swedish ambassador to engage in.

Finally it should be stressed, that social media, especially Twitter, is a fantastic tool for keeping oneself informed, to get instant news and to follow the “buzz” in the circles one is interested in. Social media has become one of the new diplomacy’s most important instruments and is here to stay. 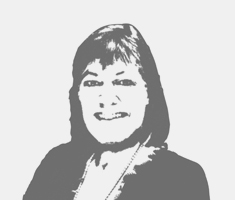 Cecilia Julin
Ambassador of Sweden to Spain and Andorra
Ambassador of Sweden to Spain and Andorra since September 2011, Cecilia Julin entered diplomatic service in 1984, with postings in Peru, Israel, United States and Slovakia. She has also worked in departments for trade policy and regional department for the Americas, and has been chief of cabinet to Minister for Trade and European Union and head of department for Press and Communications, as well as spokesperson for MFA (2006-2011). She studied a Master in Economy in the University of Stockholm.